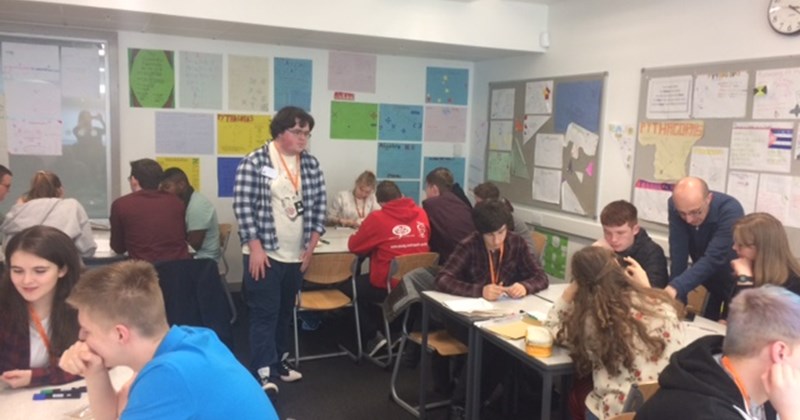 The Scottish Sentencing Council held a consultation workshop on the sentencing of young people at the Scottish Youth Parliament’s 70th National Sitting on 27th October 2019.

The workshop focused on some key questions which the Council has been considering in relation to its draft sentencing young people guideline. It was preceded by the Scottish Youth Parliament’s online #WhatsYourTake survey, which included two of the questions that were discussed at the workshop.

The findings of the workshop and online survey have been considered by the Council’s Sentencing Young People Committee and have helped to inform the approach to the upcoming public consultation on the draft sentencing young people guideline.

Ryan Kelly is the Member of the Scottish Youth Parliament (MSYP) for Coatbridge and Chryston and helped to facilitate the workshop. Here he gives his thoughts about the event. 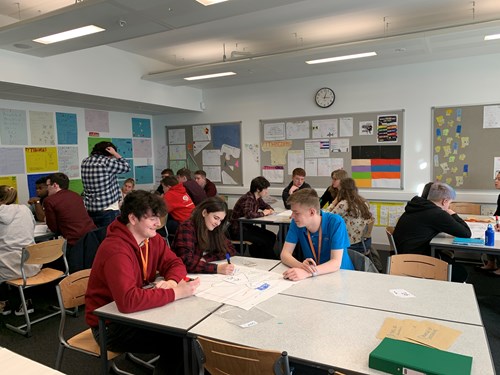 "The sentencing of young people is such an important issue for SYP. I knew that MSYPs would do a fantastic job at representing their constituents on the topic. After agreeing to facilitate the workshop, I met with members of the Scottish Sentencing Council’s secretariat along with SYP’s Participation and Election Officer, Nicola, in Edinburgh to discuss how to run the upcoming workshop and create questions for our #WhatsYourTake survey.

For the workshop, we agreed that it had to have an interactive element to it, as this is most engaging. Following our initial meeting, we continued to develop the plan and on the day, I assisted with describing workshop tasks and generally helping participants.

22 MSYPs participated in the workshop, split into 5 groups.

For the first activity, we asked the groups who they thought should be considered a young person for the purposes of sentencing. Two groups thought that it should be anyone up to the age of 25 because MSYPs represent – and are themselves – young people aged 14-25. One of these groups also said age 25 is in line with the ‘Challenge 25’ initiative, which requires licensed premises to ask for proof of age from anyone they believe to be under 25 who may not be of age to purchase alcohol.

Another group thought that anyone up to the age of 23 should be considered a young person for the purposes of sentencing. They thought that 21 was too young and 25 too old, but that a young person should have matured by around 23. This group also felt that anyone under 16 should be treated differently by the courts, but they also noted that there may be individuals over the age of 23 whose level of maturity may need to be considered in sentencing (for example, those with additional support needs).

One group was split between the ages of 25 and 21, while the final group thought that anyone up to the age of 21 should be considered a young person because someone up to that age can be sent to a young offender’s institution rather than an adult prison.

We also asked this question in the online #WhatsYourTake survey, which was open from 27 September until 30 October. Just over 800 people took part in it. Although they weren’t given any background material about the questions it has been interesting to compare their responses with the workshop findings. A majority of them (61%) thought a young person should be defined as someone under 18 for the purposes of sentencing, with some support (25%) for age 21, and a smaller number (8%) in favour of 25. The remaining responses came under the ‘other’ heading and included some suggestions that a specific age shouldn’t matter as each case should be treated individually.

However, it was also suggested that some of these things shouldn’t be taken into account, such as previous convictions, the area the young person comes from, their education, their personal wealth (unless poverty is an issue) and their gender. Other things that the groups thought shouldn’t be taken into account included the name and appearance of the young person, their career prospects, and their likes and dislikes. 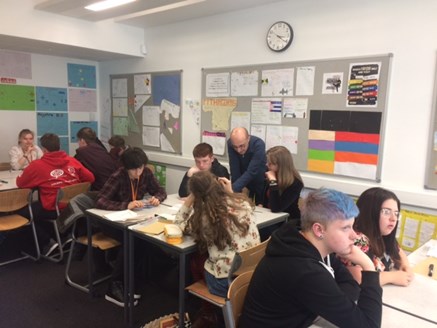 The second and final activity of the workshop was about what the main aim or purpose of sentencing a young person should be. We gave the groups a list of possible purposes of sentencing which we took from the Council’s principles and purposes of sentencing guideline: public protection; punishment; rehabilitation; giving the offender the opportunity to make amends; and expressing disapproval of the offending behaviour.

We asked them to list these – or any other aim that they felt was appropriate – in order of priority. The most popular aim was rehabilitation, followed by protection of the public. Giving the offender the opportunity to make amends was also supported. Punishment and expressing disapproval of offending behaviour were generally considered less important. One group suggested that another aim of sentencing should be to support those with mental health or addiction issues or who were homeless. (Interestingly, the results of the #WhatsYourTake survey on this question were almost exactly the same – in order of importance, respondents selected rehabilitation, followed by protection of the public, giving the person who committed the crime the opportunity to make amends, expressing disapproval of criminal behaviour, and, lastly, punishment.)

We then asked the groups what features an appropriate sentence should have in order to achieve their main aim. Most of the groups felt that addressing the underlying causes of offending behaviour was at or near the top of their list of features. Some groups felt that a lot of features overlapped or couldn’t be prioritised over each other, so things like reducing the likelihood of stigmatisation and increasing the likelihood of reintegration were suggested as equally important.

The workshop went incredibly well! MSYPs told me afterwards that they found the workshop to be incredibly interesting and informative, which could be evidenced by the high level of engagement seen throughout. I personally look forward to seeing the impact that this has on the guidelines to be produced by the Council."

In response to Ryan’s blog, Sue Moody, the Scottish Sentencing Council’s victims expert and a member of its Sentencing Young People Committee, said:

“We would like to thank members of the Scottish Youth Parliament for attending this workshop and for their considered and insightful views. The workshop, which was well attended, showed MSYPs have a real interest in the sentencing of young people. Special thanks to Ryan for helping to facilitate the day’s events and for his blog, which is a very helpful summary of the issues discussed.

“Our work with the SYP is part of a wide ranging programme of research and engagement aimed at informing our approach to the forthcoming guideline on the sentencing of young people. We are about to launch a public consultation on our draft guideline and before we do we will publish further research so people can come to a considered view on the draft guideline.

“It is important for the Council to get the widest possible views on our work and we look forward to working with the Scottish Youth Parliament again on areas of mutual interest.”

Prev Back to News