An A-Z of terms used in the criminal justice system in Scotland, with particular regard to courts and sentencing.

The Scottish Sentencing Council's 2020-21 Annual Report has been published.

As part of the Scottish Sentencing Council’s work to promote awareness and understanding of sentencing, a series of educational resources for Modern Studies teachers has been developed

Learn more about how the Council is developing sentencing guidelines for the criminal courts in Scotland.

Learn more about some sentencing misconceptions on our mythbuster page.

The Scottish Sentencing Council's 2021-24 Business Plan has now been published.

Sentencing can be complicated. Find out about how judges decide sentences on our About Sentencing pages.

Learn more about what we do and who we are.

In our latest blog, Scottish academics look at the new legislation on domestic abuse and how it fits into the legal landscape.

The Council’s solicitor member took part in a podcast with Aberdeen University’s Law Society, now available on their site 100% Legal.

Sentencing videos - If you were the judge

Watch our video about the court case of Jack, who assaulted a nightclub steward, and then decide what sentence you would give - if you were the judge. Our series also includes videos for: victims of crime; offenders & their families; and easy listen & watch. All our videos are now also available to view on our YouTube channel.

Watch our videos on the sentencing of young people.

As part of the Scottish Sentencing Council’s work to promote awareness and understanding of sentencing, a series of educational resources for Modern Studies teachers has been developed. 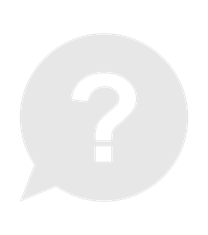 We welcome your views on the Council and its work. If you have any questions or comments about our website or any part of our work programme, please get in touch.