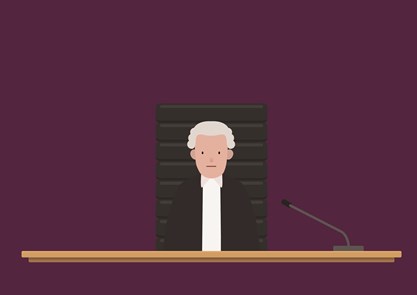 Legal words used on this page are explained in our jargon buster.

What happens before sentencing?

When a person is convicted of a crime in court, they will be sentenced by a judge for that crime. People can be convicted in two ways. They can admit the crime and plead guilty or they can be found to have committed the crime following a trial (where they are found guilty).

What is a sentence?

A sentence is what the judge decides should happen to a person who has been convicted of a crime in court.

You can read more about what sentences are available on our sentences and appeals page.

How does a judge decide a sentence?

Judges are independent. They make their decisions based on what the law says and the unique circumstances of each case. No two cases will ever be exactly the same.

The High Court of Justiciary has approved two sentencing guidelines developed by the Scottish Sentencing Council. These apply to all sentencing decisions in Scotland, and are also aimed at increasing public knowledge and understanding of the sentencing process in Scotland. Courts must have regard to any applicable guidelines when sentencing an offender.

The Principles and Purposes of Sentencing guideline sets out some of the possible purposes of a sentence, and provides that all sentences should be fair and proportionate. You can find out more here.

The Sentencing Process guideline sets out an 8 step process which courts should follow in order to reach a sentencing decision, and it includes some of the factors which may be taken into account. You can find out more here.

A judge must first see whether the law sets out minimum or maximum sentences for the offence.

More information on what the law says

A judge will then decide which factors are relevant and should be taken into account in the case, and consider how much weight to give to each one.

Some of the main factors include:

What sentences and disposals are available?

A disposal is the sentence or outcome of a criminal case. These range from an absolute discharge, where no punishment is given, to imprisonment for life. 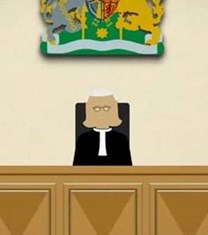 Jack assaults a steward in a nightclub. Watch the video and then decide what sentence you would give him - if you were the judge.