When people are sentenced to life imprisonment, the judge must, by law, set the punishment part - the minimum time the person will spend in prison before they can be considered for release at all. After that minimum time, they will remain in prison unless the Parole Board for Scotland decides that they are safe to be released into the community under lifelong conditions. When setting the punishment part of a life sentence, judges can set a period which is likely to 'exceed the remainder of the prisoner's natural life'. This can result in a whole life sentence. Information on the factors which are taken into account by the Parole Board for Scotland when considering release on licence is available on its webpage.

People sentenced to a Community Payback Order (CPO) do not ‘walk free from court’. They still have a sentence, but one which is served in the community instead of in prison. CPOs can be challenging and can last months or years. CPOs can include both punishment, such as unpaid work, and rehabilitation, such as programmes to help stop offending behaviour. There are nine different requirements that can be added to an Order, and the judge will decide which ones to include. These can be:

CPOs can also include a compensation requirement which means that offenders must pay money to victims, via the court, as a result of the harm they have caused. They can further be combined with a Restriction of Liberty Order, where the offender is fitted with an electronic tag and must remain within a particular address during specified hours, for example staying home from 7 p.m. to 7 a.m. Changing offending behaviour can help prevent someone else from becoming a victim in the future. If people breach the Order, they can be brought back to court and may be sent to prison.

See our CPO webpage for more information on other requirements.

Sentences don’t take account of the harm caused to victims.

When judges decide the most appropriate sentence, they take all the relevant factors into account. This includes the harm caused to any victims. For some offences, victims can write a statement for the court explaining how they have been affected by a crime whether physically, emotionally or financially. The judge must consider this statement before passing sentence. However, even without a victim statement, the harm caused by the offender will always be taken into account.

People sent to prison always go free after only serving half the time.

A custodial sentence means more than just time in prison. In many cases, people will serve part of their sentence in the community. Under the law (Prisoners and Criminal Proceedings (Scotland) Act 1993) custodial sentences can be divided into 3 types: short term (less than 4 years); long term (4 years or more); and life.

A person given a short term sentence will normally be released from prison after serving half of their sentence. However, if they commit an offence during the period when but for their release they would have been in prison, the court can order their return to prison.

A person given a long term sentence can serve all but the final 6 months of the sentence in prison, unless the Parole Board for Scotland recommends that they should be released earlier into the community. The Parole Board will only start to consider whether or not to release the person into the community as they approach the halfway point of their sentence - the earliest point at which they can normally be released.

When people serving a long term sentence (and people sentenced for sexual offences to a period of six months or more) are released into the community, they will be ‘on licence’ until their sentence finishes. Being on licence means following certain rules, for example, staying away from particular places and people, wearing an electronic tag, staying at home at night, and meeting with a criminal justice social worker. They can be recalled to prison if they commit an offence or otherwise breach the terms of this licence. For more information on what factors are taken into account by the Parole Board for Scotland when considering release on licence see their FAQ webpage.

If a person is sentenced to life imprisonment or an Order for Lifelong Restriction (OLR), the judge must, by law, set a punishment part of the sentence. This is the minimum time the person must spend in prison before they can be considered for release into the community by the Parole Board for Scotland. Depending on the circumstances of the case, the punishment part can be lengthy. To date, the longest punishment part given in Scotland is 37 years which was imposed on a 69 year old offender. If a person sentenced to life imprisonment or to an OLR is released, they will be on licence for the rest of their life and can be recalled to prison if they breach the terms of their licence.

When deciding the most appropriate sentence, judges take all the relevant factors into account. This includes both harm caused to a victim and the offender’s circumstances. The judge will consider the effect of the harm on a victim as well as whether the offender has a job; is in education or training; cares for other people; or has other responsibilities. The judge will consider both the appropriate punishment for the seriousness of the offence and the appropriate sentence for addressing the person’s offending. Work and education opportunities can help a person to stop offending. Or, if a person is earning money, this may mean they can afford to pay a financial penalty, such as a fine or compensation, via the court, to a victim. For more information see our sentencing page.

If offenders feel their sentence is too severe, they can appeal against it. The judges who hear an appeal can reduce the sentence, make no change, or even increase it.

The prosecutor (who puts the case against the offender in court) can also appeal against a sentence if they think it is too low (below what would be the normal range). Read more about how appeals work.

People outside the justice system often base their view of sentencing on media reports, but news items cannot always cover the many factors of a court case. This can sometimes make it difficult for people to understand why a particular sentence is given.

Almost all criminal cases are held in open court and anyone over the age of 14 can attend to hear the full facts of the case. In some instances, judges write sentencing statements which are published on the Judicial Office for Scotland website. These outline the judge’s reasons for deciding the sentence.

Offenders who don’t pay their fines will just get away with it.

Fines enforcement officers can take measures against people, who can afford to pay fines but do not. They can take payment directly from wages, bank accounts or benefits, and seize cars. In some circumstances, the court can order that a fine defaulter can be arrested by the police. For more information, see the Scottish Courts and Tribunals Service quarterly fines reports.

Judges bang a gavel on the bench when they impose a sentence.

Gavels can often be seen in television court dramas, but they are not used by judges in Scottish courts. 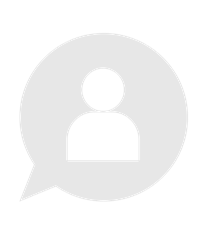 Take part in the Council’s interactive scenario which follows the case of Paul who has committed a robbery. You can decide what sentence you would give and see how it compares with the Sheriff’s sentence.

We welcome suggestions for further sentencing topics to add to this webpage.