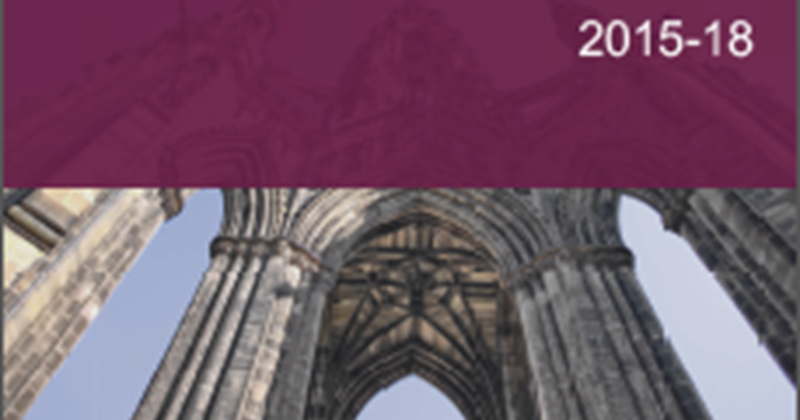 The Scottish Sentencing Council launched its Business Plan today announcing the areas its first guidelines will cover including death by driving, and environment & wildlife offences.  The Council will also begin research into the sentencing of sexual offences.

The Council recognises that a wide range of offences impact people in different ways and members are committed to dealing with crimes that concern people, including crimes of violence.

But first it will start with an overarching guideline setting out fundamental ‘principles and purposes’ for all offences providing a comprehensive definition for the first time.  This will not only assist judges but help people better understand what is taken into account when a sentence is decided, such as how seriousness is weighed up and what factors might increase or decrease a sentence.

As part of this fundamental guideline, the Council will consider separately how young people should be sentenced, and look at other types of offender.

Martin Crewe, Director of Barnardo's Scotland, said: “We welcome the Council’s Business Plan, and in particular the commitment to considering specifically how young people should be sentenced.

“When young people have offended they should be held accountable for their harmful or dangerous behaviour.  However, it is also appropriate to take into account their backgrounds and circumstances.

“Many of the children we work with at Barnardo’s Scotland have been affected by life changing experiences in their early years such as abuse, trauma, neglect and bereavement. We therefore consider it important that the sentencing of young people should take account of all relevant factors.

“We look forward to working with the Scottish Sentencing Council.”

The Council will also begin work on its first offence-specific topics - death by driving and environmental & wildlife crimes. Death by driving is a serious matter that affects people across Scotland.  The circumstances are often complicated and this can lead to extremely difficult sentencing decisions. Fatalities have a huge impact on families and local communities.

Environmental and wildlife issues have particular significance in Scotland relevant to tourism, rural industry and the local economy.  Guidelines on environmental offences will be particularly helpful in setting down an approach to how corporations should be sentenced.

The Council will also begin researching the sentencing of sexual offences - with a focus on those involving children.  These account for a high proportion of sentences, particularly in the High Court.  Like the offences above, sexual crime can involve complicated circumstances leading to very difficult sentencing decisions where a guideline could prove useful.

Members are already looking ahead to the next Business Plan for 2018 - 21 when they will consider addressing theft and property offences and domestic abuse.  Before dealing with these matters however, the Council will need to take account of the Scottish Government’s actions on sentences under 12 months and a proposed new offence dealing with domestic abuse.

“It is encouraging that sexual offences and domestic abuse - crimes we cannot forget disproportionately impact women and children – are being prioritised by the Scottish Sentencing Council and given the attention and research that they require,” said Dr Marsha Scott, of Scottish Women’s Aid.

“This move is a positive and productive step forward; we welcome moves towards consistency in sentencing with respect to these offences, provided of course that they are based on a thorough understanding amongst all involved parties of the dynamics of domestic abuse and the impact of abuse on victims.

“We look forward to continuing to work with the Scottish Sentencing Council to make sure that the safety of women, children and young people experiencing domestic abuse is given due priority when it comes to sentencing decisions.”

Also on the Council’s radar is sentence discounting where an offender receives a reduced sentence for pleading guilty.

But the next Business Plan is as yet unwritten and still under discussion.  The Council welcomes all relevant views on what it should cover from interested organisations and individuals.

Council Chair, the Lord Justice Clerk, Lady Dorrian said: “The topics we have selected to begin preparing guidelines on are of importance to local communities and families across Scotland.  We will take the time to properly research each area and consult widely, not only with our justice partners, but with relevant groups and the wider public.

“We welcome input from those interested and encourage you to have your say in helping to shape Scotland’s first sentencing guidelines.  We will produce easy-read documents of our consultation process in a bid to engage as many people as possible. We are designing these guidelines to assist judges and at the same time to promote a better understanding of how the sentencing process works.”

Members understand that sentencing will directly impact victims and offenders - their respective families - local communities, and society more generally, and will consult widely on all guidelines.

Susan Gallagher, Acting Chief Executive of Victim Support Scotland (VSS) said: “For far too long sentencing practice has been confusing for victims of crime, our communities and society as a whole.  Many do not understand the sentence that has been passed down, how the decision was made, and what this means in practice.  VSS welcomes the work of the Scottish Sentencing Council, and looks forward to the production of sentencing guidelines which we believe should help victims better understand a confusing and complex system. We are also delighted to see that these guidelines will be consulted upon widely. “

To decide the best format and style for the new guidelines, the Council is currently looking at those used by other sentencing bodies around the world while also carrying out road testing with Scottish judges.

Each guideline sent to the High Court for approval will be accompanied by an assessment of likely costs and benefits, and the effects it is expected to have on the criminal justice system overall.

Approved guidelines will have the backing of Scotland’s highest court.

When selecting topics for guidelines, the Council will consider, in particular, the following matters: