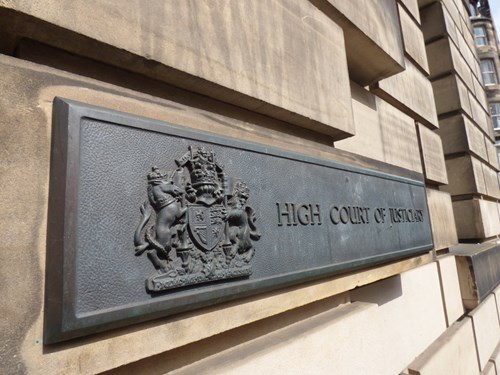 There is a wide range of disposals that a judge can give in criminal court cases. A disposal is the sentence or outcome of the case. It will depend upon the law, as well as the facts and circumstances of the particular case. Listed here are some of the main options available to Scottish judges - as well as sections on appeals and criminal records.

These are sentences or outcomes which are not prison sentences.

This is when the judge decides that a person convicted of a crime should not be given a sentence. This means there is no punishment. In summary cases (less serious cases), no conviction is recorded. However, for some purposes (for example if the person is convicted of another crime in the future) it may appear as a previous conviction. Reasons for an absolute discharge could be because the crime was very minor, the offender was previously of good character or the offender is very young or old.

This is a warning to an offender not to commit another crime, but no punishment is given. However, the crime is recorded as a conviction on a criminal record.

This Order is given as an alternative to a custodial sentence. It can be made-up of one or more parts. There is a wide range of requirements which can be part of this Order. These include:

- up to 300 hours unpaid work for the community supervision

- working with a social worker to change offending behaviour

- paying compensation (money) to the victim of the crime

- receiving treatments – such as mental health, drug or alcohol

Unpaid work, often along with supervision, is the most common requirement given in an Order.

This sentence requires individuals to pay back to their communities for the damage their crimes have caused, and to deal with the underlying causes of their offending behaviour. Those who break the conditions of the Order can be returned to court and may be fined or sent to prison.

This orders offenders to pay money to the victims of their crime. Offenders may be ordered to pay compensation for an injury or distress they have caused, or for damage they have caused to property. The judge sets the amount to be paid, which takes account of the crime and the offenders' ability to pay. The offenders pay the money to the court which then gives it to the victim. Offenders who don’t keep up with payments can be taken back to court and could be sent to prison (or detention if the person is under the age of 21).

A judge can postpone a sentence, usually for good behaviour, to a later date. If offenders stay out of trouble during that time, the judge will normally give a less severe sentence than if they get into trouble.

Orders can be given as a stand-alone disposal or as part of another sentence. See some of the orders available in Scotland.

The offender must pay money to the court within a certain amount of time. The highest level of fine that can be given is set by law depending on which court the case is heard in. See our What the law says page.

The maximum fines set by law are:

For more serious sheriff court cases (on indictment) or cases heard at the High Court, there is no maximum fine level and any amount can be given.
A maximum fine can also be set by law for a particular crime. This can be lower or higher than the maximum amount set for the court.

Fines are based on how serious the crime is. Judges will also take into account how much the offender can pay. The offender can be told to pay the fine all at once, or in smaller amounts over time by instalments. This might be a certain amount every week or every month.
Offenders who don’t keep up with payments can be taken back to court and another sentence can be given instead. This could be a Community Payback Order or prison (detention if the person is under the age of 21).

Imprisonment is the most severe sentence a judge can give. It can only be given if there is no other appropriate way of dealing with the person.

Detention is when youths aged 16 to 21 are sent to a young offenders’ institution, rather than prison. These institutions are similar to prisons but the programmes in place are aimed at people up to the age of 23.

Children under the age of 18 accused or convicted of certain crimes can be sent to appear at a children's hearing. This cannot be done if it is for an offence where the sentence is fixed by law.

If a person thinks that they should not have been found guilty of a crime, or that their sentence is wrong, they can appeal either (or both) of these decisions. However, they can only appeal a guilty verdict given by a jury if it is about a point of law.

On appeal, they can ask for their case to go back to court to be heard by different judges (appeal judges). Based on legal matters and evidence, judges will decide whether the case can be appealed or not.

If the appeal is allowed against a guilty verdict, the appeal judges can:

- find that the offender is guilty

- find that the offender is not guilty

- order the trial to be heard again.

- make no change to the sentence

If the appeal is allowed, an offender who has been sentenced to imprisonment, may be released while waiting for the case to return to court.

The prosecutor - who puts the case against the offender in a trial - can appeal against a sentence if they think it is too low (below what would be the normal range). In some cases they can appeal against a ‘not guilty’ or ‘not proven’ verdict. But this is only when a judge heard the case without a jury and the appeal is about a point of law.

When an offender is convicted of a crime, it is marked on their criminal record. This is held on the Criminal History System which is owned by the Scottish Police Authority. Offenders must say they have a criminal record when applying for a job. Disclosure Scotland provides information about whether someone has convictions. After a certain amount of time, most offences become 'spent' and are no longer on the record. Serious crimes such as murder can never be 'spent'.