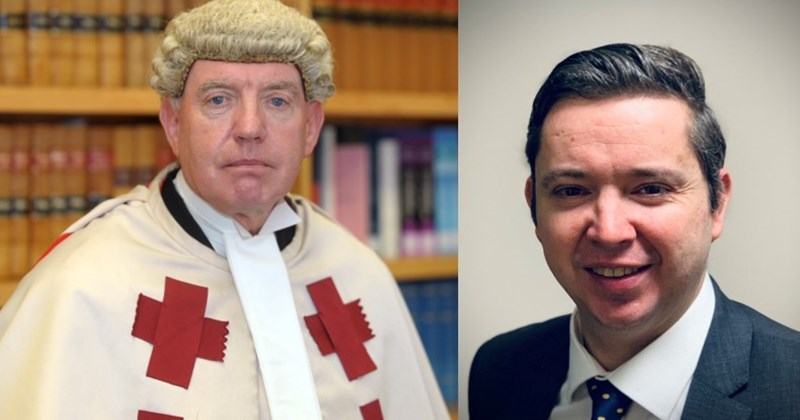 The Lord Justice General has appointed two new members to the Scottish Sentencing Council to fill the current vacancies.

Lord Matthews has been appointed as the new Senator member and will replace Lord Turnbull following the end of his 5 year term on the Council, while Summary Sheriff Paul Brown will become one of the Council’s judicial members.

“I am therefore delighted to welcome Lord Matthews and Summary Sheriff Paul Brown to the Council and I have no doubt their vast experience and knowledge will be invaluable as we continue with our work programme and increasing public awareness of the sentencing process.”

Lord Matthews was appointed a judge of the Supreme Courts in 2007, having served as a temporary judge since February 2004. He graduated from the University of Glasgow LL.B (Hons), and was admitted to the Faculty of Advocates in July 1979. He was appointed as a Queen's Counsel in 1992 and practised at the Bar until his appointment as a sheriff in January 1997. He was Standing Junior Counsel to the Department of Employment in Scotland from June 1984 until March 1988, and served as an advocate depute from April 1988 until January 1993.

Summary Sheriff Paul Brown was a solicitor in private practice from 2003-2009, latterly with JC Hughes in Glasgow. He became an advocate in 2009, specialising in criminal trials and appeals. In 2015 he was appointed as an advocate depute, working in the National Sex Crimes Unit and then predominantly in the prosecution of serious and organised crime. He was appointed as a summary sheriff in October 2018, and sits in the sheriffdom of Glasgow and Strathkelvin.

Lady Dorrian added: “I would like to take this opportunity to pay tribute to the three members who departed from the Council in October following the completion of their 5 year terms. Lord Turnbull and Sheriff McFadyen, members of the Council since its inception, left an indelible mark on the Council’s work with their contribution to the guidelines on the principles and purposes of sentencing and the sentencing process, both of which will underpin the future development of the Council’s offence-specific guidelines.

“As the Council’s first victims expert, Sue Moody’s input has been essential in ensuring that the interests of victims are taken into account in all our work. The active role she played on the Council, representing its interests at events and meetings, was invaluable, as was her support of our public education endeavours and input in to the sentencing young people guideline.”

The appointment processes for new sheriff and victims expert members on the Council are currently underway.

The Council is made up of 12 members. The categories of membership are provided for in the Criminal Justice and Licensing (Scotland) Act 2010