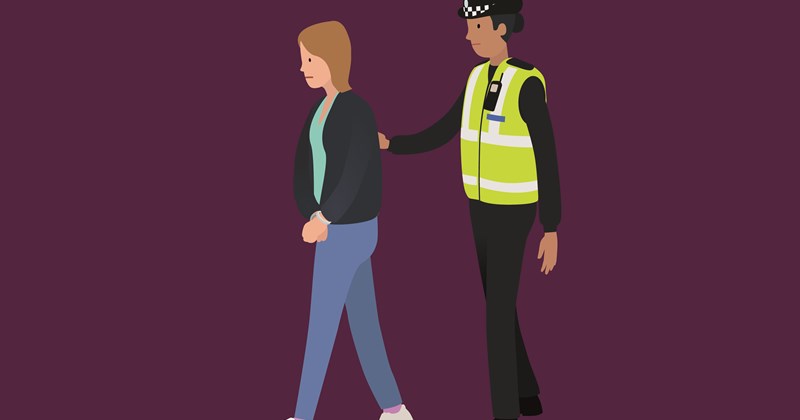 Rehabilitation should be the primary purpose of sentencing young people in Scotland, according to a new report which explored the views of 14-25 year olds across Scotland.

Participants in the research also felt that sentences should attempt to repair the harm done to victims.

The report from the University of the West of Scotland is being published today by the Scottish Sentencing Council as part of its development of a guideline on the sentencing of young people.

The aim of this research project was to explore the attitudes of young people towards sentencing and the themes and issues that arose out of a draft version of the Council’s guideline, which was also the subject of a full public consultation.

In total, focus groups with sixty-six young people were carried out across Scotland. This included some young people who had experience of the criminal justice system – either through being convicted of a crime, or as victims of crime.

The findings suggest young people were largely in agreement with the provisions in the draft guideline.

Across the focus groups, there was support for rehabilitation as the primary purpose in sentencing young people. However, views differed on what the next most important purpose of sentencing should be. Those who had experience of the criminal justice system believed that it should be providing the person who had offended with the opportunity to make amends, while young people who were invited to join focus groups through their involvement in youth work organisations thought that it should be protection of the public.

Participants were also in general agreement with regard to the principles of sentencing within the draft guideline and the factors which should be taken into account, especially a young person’s maturity, capacity for change, and their best interests.

Participants were also asked for their views about the age up to which someone should be treated as a young person for the purposes of the guideline. Suggestions generally ranged from the age of 16 up to the age of 25. The variation in responses implicitly reflected a general view that there is no one age at which someone turns from being a young person to an adult. Participants believed that there should be a graduated approach to age rather than a cut-off point.

When discussing what information is needed to identify an appropriate sentence, participants considered childhood family circumstances and relationships to be very important, and believed that there should be a broader understanding of what adverse childhood experiences (ACEs) are and how they can be experienced differently.

When participants were presented with a range of sentencing options a community payback order with supervision was often viewed to be the best option. This was due to the involvement of a social worker in the sentence, addressing the needs of the young person and providing someone to listen to them.

Prison was generally felt to be punishment without learning, and the experience of prison was therefore regarded as unlikely to achieve the aim of rehabilitation. However, most groups also believed prison had a purpose for very serious offences especially when considering the protection of the public.

Mentors, mentoring, and counselling were suggested as areas where the criminal justice system sometimes fell short. This was also reflected in the view held by some participants that mental health support was frequently an unmet need for those within the criminal justice system. Having an option that would provide mental health support as part of an integrated sentence was suggested by participants.

Lady Dorrian, the Lord Justice Clerk and Chair of the Scottish Sentencing Council, said: “We would like to thank the young people who took part in the focus groups as well as the University of the West of Scotland for this report. We have considered its findings carefully along with the other research reports we have gathered and the responses to the public consultation we conducted last year. This will allow the Council to finalise the draft guideline and submit it to the High Court for approval in due course.”

Dr Johanne Miller, who conducted the research along with Dr Sarah Anderson, said: “It was an honour that young people across Scotland shared their experiences of justice, and their thoughtful and insightful opinions in regards to the draft guideline with us. Including the voices of young people and those young people who have had contact with the justice system is essential in ensuring justice is for young people and not something done to them”.

Dr Miller will be discussing the findings from the research this morning as part of a webinar hosted by the Children’s and Young People’s Centre for Justice (CYCJ).