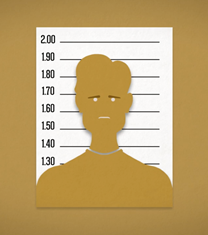 Jack assaults a steward in a nightclub. Watch the video and then decide what sentence you would give him - if you were the judge.

There is a wide range of factors or circumstances that judges can consider when deciding a sentence. First, judges must decide which factors presented to the court are relevant and should be considered. Then they must decide how much weight to give to each one. Factors that are likely to make a sentence more severe are called ‘aggravating’ and factors likely to make a sentence less severe are called ‘mitigating’. The law says that some facts cannot be taken into account as a mitigating factor. This includes, for example, being drunk. See the law.

Below are some of the main factors that a judge may consider. The list gives general examples of types of issues – but is not a complete list. The examples are for background information and are not intended to show what sentences or disposals may be given in any particular case. Each disposal is a matter for the judge.

Nature of the offence

The judge will look at what kind of  crime has been committed and how serious it is.

The judge will consider how involved offenders were in a crime and how responsible they were for it happening.

Protection of public and deterrence

The judge will consider whether there is a need to protect the public from future offending and how best to do that. They will also consider how to discourage other people from committing similar crimes - this is known as 'deterrence'.

An aggravation in a charge makes it more serious and is likely to make the sentence more severe. Here are some of the main aggravations that are set out in law.

While offenders are waiting for their case to be heard in court, they can either be held in custody or released on bail. Released on bail means that they are free to leave the court but only under certain conditions. These conditions will include not committing any further offences. If they do commit another offence while on bail this will be added to the charge as a ‘bail aggravation’. This can add up to six months on to the sentence.

Other ways to breach a bail condition; Other bail legislation

Breaches of other kinds of Orders can also increase a sentence (see the law). For example, the breach of an Anti-Social Behaviour Order or a Supervised Release Order, can make a sentence more severe. For a fuller list, see Orders.

Other aggravations are used when an offender shows ill-will towards a victim based on a characteristic such as race or religion. The judge will normally state what part of the sentence is for the aggravation. The main aggravations set out by law are:

The judge is told about any other crimes an offender has already committed. These are called previous convictions. They can make a sentence more severe - especially if they are similar to the present crime.

The judge can consider the personal details of an offender’s life when deciding a sentence. These details can include:

The judge can look at what effect a sentence will have on the offender’s family or work. For example, whether an offender sent to prison could no longer care for a child, or would lose a long term job.

The judge can also consider what sentence might best help people stop their offending behaviour. For example, if a person has a drug problem, the judge could consider a Drug Testing and Treatment Order.

The following factors can make a sentence less severe.

If an offender has never committed a crime before, then this could make the sentence less severe.

If an offender pleads guilty, a judge can discount (cut down) a sentence. This recognises the fact that when an offender pleads guilty there is no need for a trial to be held. This means witnesses do not need to give evidence and court time is freed up for other cases. A judge must take into account how early in the court proceedings offenders make it known that they will plead guilty.

It is a matter for the judge to decide whether to give a discount in a sentence, and how much a discount should be. When judges decrease a sentence because of a guilty plea, they will tell the offender by how much it was discounted.

Reductions are not normally more than one-third of what a sentence would have been otherwise, and are often less than that.

If an offender, who has pled guilty to a crime, agrees in writing to help the prosecutor with the investigation, then the judge must take into account how the offender has assisted when deciding the sentence.

The judge will give the offender a less severe sentence for helping the prosecution and explain what the sentence would have been otherwise.

The sentence can later be reviewed depending on how much help is actually given to the prosecutor. If an offender does not provide what has been promised, the sentence can be made more severe. (But no more severe than it would have been if no agreement to help was in place.) 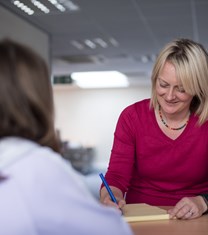 The judge will take into account the effect of a crime on a victim. For many offences, victims can write a statement for the court explaining how they have been affected by the crime. This can be how it affected them physically, emotionally and financially. See the law.